In collaboration with with Holly Boson I've released a Lua-based framework for making simple narrative games, called Folia. Folia is based around the coroutine technique discussed in this earlier post. 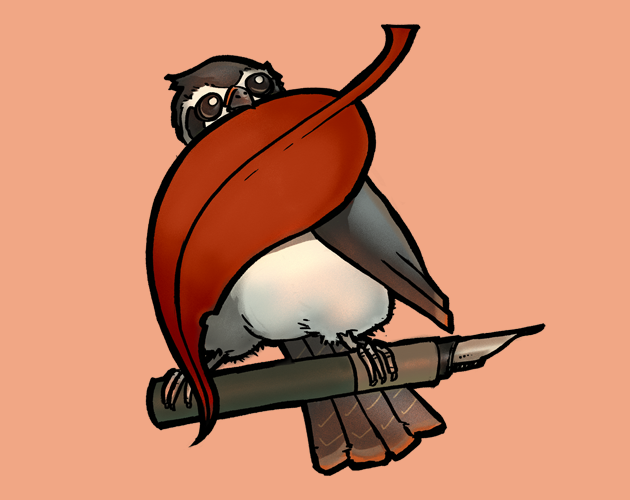 This idea is inspired by a post from Chevy Ray a while ago, describing a similar technique in C#.

Imagine you're working on a narrative game in Lua: let's say you're making an RPG or an adventure game, and you've chosen LöVE as your engine (good pick). That means the 'core' of your game – drawing, input, character movement, and so on – is gonna be written in Lua, but for a number of reasons it's helpful to keep a layer of separation between that code and 'story' code: the scripts that implement dialogue trees, bespoke object interactions, and cutscenes.

A lot of games achieve this type of separation using a domain-specific language like Ink or Yarn, which is great if there are writers on the team who already know those languages. But DSLs take some additional work to integrate, and have limitations that might or might not fit well with your project.

In a lot of cases it would be easier to work directly in Lua, as long as we can keep the code readable and maintain that division between 'story' and 'game' scripts. Fortunately, Lua has two useful facilities we can employ of here: one is coroutines, and the other is environments (sometimes called 'function environments'. Together, these let describe scenes expressively in Lua – almost like a DSL – without having to embed another interpreter.

Here's an example of what one of our dialogue scripts might look like, followed by the code that makes it work:

This describes a small part of a character interaction, with each conversation branch modelled as a function. The system only has to expose a handful of capabilities – the text, image, option, and menu functions – to allow for a branching story with as much structural complexity as we want. Additionally, we have all of Lua available for implementing more complex logic or adding new capabilities; for example, if the system exposes require to scripts, then it's easy to split the story up across multiple files.

Here's the code we need to make this work on the engine side:

Okay, that was a lot! Hopefully it should be clear how all this fits together. A single coroutine called co is used to run, pause, and resume the story script, under the control of this module. Selectable actions or dialogue options can be displayed on the screen, and picking one will jump to a new branch of the story, which creates a new coroutine to replace the existing one. A function environment is used to 'sandbox' the story script by exposing a limited set of capabilities to it, but it's also easy to give the scripts full access to the calling environment if required, using setmetatable.

I invented a puzzle game by mistake. You can play it here: Picopon

This was supposed to be a clone of Tetris Attack/Panel de Pon, but I misremembered the rules of that game. In Panel de Pon, the player has to assemble straight lines, at least three blocks long, of the same colour; by contrast, Picopon allows any arbitrarily-shaped monochromatic cluster to score points. To me, that's more fun because it allows for bigger chains and combos. Okay, play it! 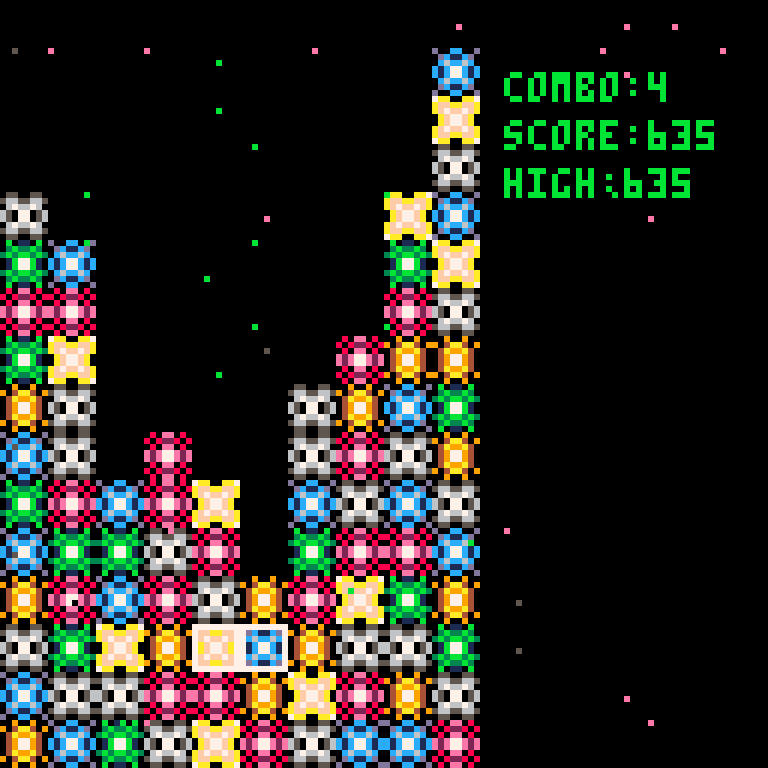